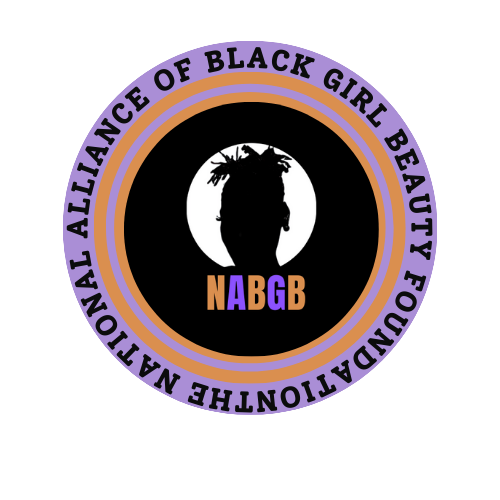 ELDER WILBERT MANIGAULT was the son of George and Mary Manigault. Wilbert started singing, praying and preaching at a very early age in life. Prayer was his strength! He had to pick cotton as a child to help his parents take care of the home and other siblings. He was an amazing man that came from a praying, Christian home in Gaston, SC. He wanted more out of life than picking cotton. He knew there was a better way, so he dreamed and prayed for more and for better…. In his early 20's he purchased acres of land in Gaston, SC but he was still hungry for more and better for his family in a different environment. His Uncle Joe (His Dads Brother) lived in Harrisburg, PA where he relocated, purchased another home for his family and made his permanent residence until his health failed him. During his tenure, he sang, preached and prayed all around Harrisburg and surrounding cities. He even prayed every Sunday morning on the Toby Young Gospel radio show for many years. He carried the anointing of God with him every where he went. He ran city revivals in Harrisburg and travelled back home to SC every year to do week-long revivals in different churches. Every where he went he’d sing, he’d preach and he’d pray. He prayed for people and he helped a lot of people. He’d go to the hospitals to pray for the sick. He went to prisons and prayed. People all around would call him for prayer. He became the Prayer Warrior! He was a true soldier in the Army of The Lord. He was the lead singer of the Manigault Specials Gospel Quartet Group. They published several records and CD's. He was a construction worker by trade with a disability. One leg was shorter than the other. But He was a hard working man who made no excuses! He knew how to work and earn money, he also loaned to many... A true helper! A servant! He picked up all his nieces for church on Sunday mornings since they were kids. After church he took them all to Baskin Robbins for ice-cream. He'd take the neighbors to church. He started his church in his home, had group rehearsals in his home and eventually raised enough money to purchase the old Salvation Army Building and made it his church home where he became the Founder and Pastor/Elder of The House of Faith & Deliverance F.B.H. Church Of The Americas in Edgemont, Harrisburg, PA. where his brother John Manigault is the current Pastor. He started the F.B.H. Chapter in Hbg. He was a community activist and loved it! With only an 8th grade education Elder Wilbert Manigault Started A Movement of Helping People. Prior to his death he moved to Atlanta Georgia with his daughter Amanda Manigault and his grandchildren. They all worked as a team to help care for him during his sickness. His heart wasn't strong enough to still preach and sing but he never stopped praying... People still called him on the phone for prayer. On his sick bed he told his daughter Amanda that it was my turn... He passed the torch to her and went on to a higher place in October 2009. His daughter Amanda continued on his legacy, became an ordained minister and in 2011 formed Wilbert Manigault International Ministries Inc. (a 501c3 charity organization) WMIM was birthed because of him! We are not a religious organization, but we strongly believe in prayer.

My name is Amanda Manigault. Although I was raised with both mom and dad, I was one of those girls who was dealt a bad hand early in life. Growing up as a young girl in Harrisburg PA living on the strip of N 6th street in one of the roughest neighborhoods in town. I had big dreams with a very little support system. I had minimal financial assistance and I became an entrepreneur early in life because I knew I had to take care of myself. I came from a religious family, a preachers daughter. Yet somehow I became a teenage mom at the age of 16 years old. Being an entrepreneur was great but I could never receive help from the system when needed.  Whenever times got hard for me I was always told NO! “You own a business… You see, both my parents had no more than an 8th grade education. At a very young age I was helping them read, understand and complete paperwork that arrived at the house. I also helped provide for my other 5 siblings. I was the first in my family to do most things. I never had a role model to teach me about life and/or business. I was the go-to in my family and I had to learn most things by trial and error.  I became a born risk taker… Afraid of nothing but God and looking for opportunities to succeed. I dreamed a lot and I knew I wanted something different in my life other than my current situation. I had a wonderful career because I was passionate about making others look and feel good and I worked very hard to achieve that. But I also ran into many brick walls, made a lot of mistakes and what I remember the most is that no matter how passionate one may be, A STORM IS STILL GOING TO COME... When the storm came I had no one to pass the baton to, I had to figure things out on my own. I watched people around me receive help when the storm came… It seemed like they got free food, food stamps, rental assistance, free housing, cars and even monetary help etc… I could never get any help because I was a working woman who owned my own business. And even STRONG BLACK WORKING WOMEN need help at times... This made me stronger! I became a natural SURVIVOR!  It was that word NO that inspired me to one day be a philanthropist with a focus on the “WORKING SINGLE MOMS.” I wanted to help women who were like me when I was just starting my career working yet was still just surviving. The low - and moderate - income working women helping to meet eligibility for earned income tax credit. The women that wants more for their children and household and is not waiting around for someone to give it to them, yet they may need a skill or trade. The working single moms who fell into bad situations and had to fight to get back up on their own. Those specific women have a desire to work to help take care of their families. Those specific women have a hard time getting help, yet their income does not sustain their lifestyle… Most importantly, those women often lose hope, strength and stop dreaming because of the struggle of getting beat down and hearing the answer “NO, I can’t help you…”  our organization was built to be a support system for this group of black women.

The National Alliance of Black Girl Beauty Foundation
On October 31, 2018 I decided to partner and brainstorm with my daughter on how we wanted to add programs to give back to this group women and leave an impact on the world. We wanted to focus more on black womn and black girls. We knew it would involve beauty because that was my passion and something that made women look and feel good. I'd been in the beauty industry over 40 years. My daughter's passion was the arts. She'd been modeling, acting, writing and performing poetry for over 20 years and it's something that kids need in these days and times. So we connected and implemented our passions to create scholarships, programs and outreach initiatives to help Black Women & Girls.

My daughter watched me work hard and fight hard to stay afloat. She watched me go up and down in order to make ends meet for her and her 2 brothers. She saw me at the top of my career and she saw me at the bottom.  She knew my story and she understood the mission. The two of us continued holding conversations that most of the time turned into a debates because we had two different perspectives that required opinions from other family and friends. These were healthy, fun conversation while having dinner and drinks. We were both trying to understand each other better and understand the generational differences. We enjoyed it so much that we decided to start a fb group to hold future conversations where other women can join in. We were often told by others that they enjoyed our conversations which featured the seasoned and unseasoned perspectives being very transparent. Women said they wanted more...  Our topics were about black beauty, black women and black businesses. We created conversations that are important to our community but aren't often discussed in our community. So we started two talk shows. One in reference to black women  (hosted by Uniquia) and another  in reference to business & beauty (hosted by Amanda)  We wanted to test the waters, create content and data to as we formed our brand. These talk shows created laughing, crying, lots of connections and relationship building. So we decided to host Meetups. These Meetups have been very successful. We realized that black women need these connections. It creates healing and personal development. No one understands a black woman more than another black woman...  BGB is a place where black women can be heard and feel seen without being judged in a negative way. It's a place for transparency. We sometimes welcome men to our business meetups so that we can hear their perspective and business strategies. Black women want to be looked at in a positive light for who we are, not because our voice is loud, our hair is pink, dreaded or our skin is dark... We wanted to continue the movement of serving with a strong focus on black women & girls. It's our desire to help motivate and inspire a special group of women who too may have been dealt a bad hand in life. We created unique programs from life experiences. We took those challenging circumstances and turned them into amazing opportunities for other Black Women & Girls who may be experiencing those same life challenges.These social engagements is how Black Girl Beauty was birthed...   We had the name "BLACK GIRL BEAUTY" trademarked, rebranded and began the first (FOUNDING) Chapter of The National Alliance of Black Girl Foundation (NABGB) and the BLACK GIRL BEAUTY movement. In 2022 we began to recruit Presidents to start chapters in their cities. They are professional experts in their industry who help inspire, empower mentor and lead. They are "volunteer empowerment coaches" who offer their services to our members. 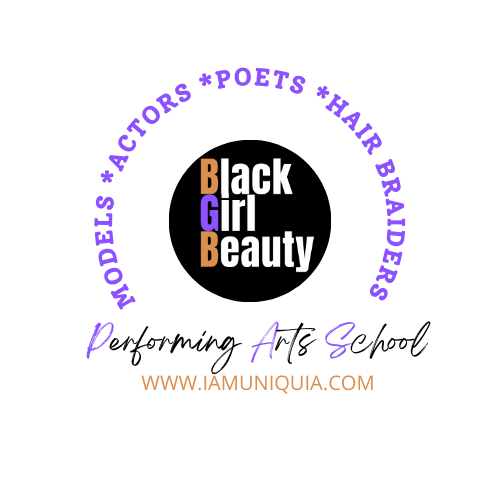 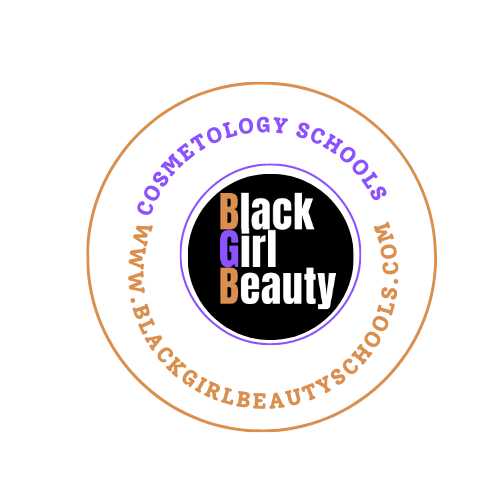 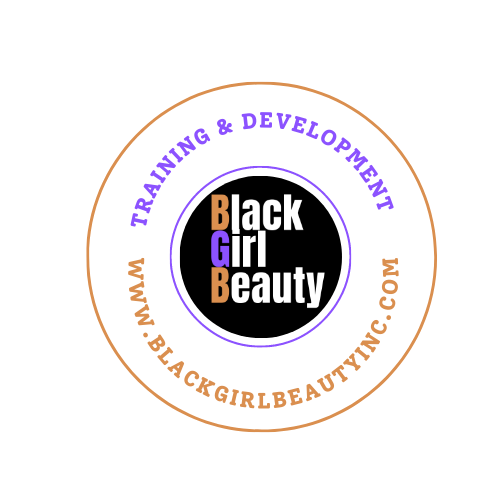 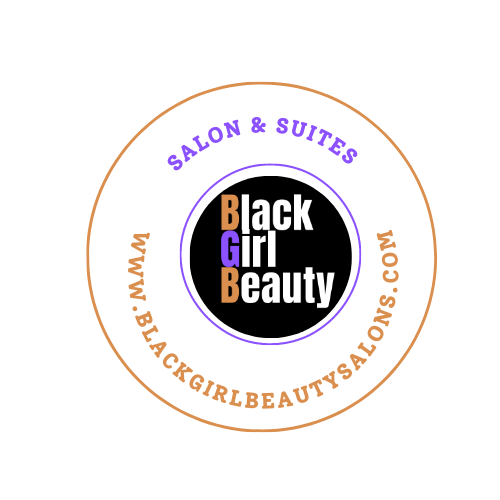 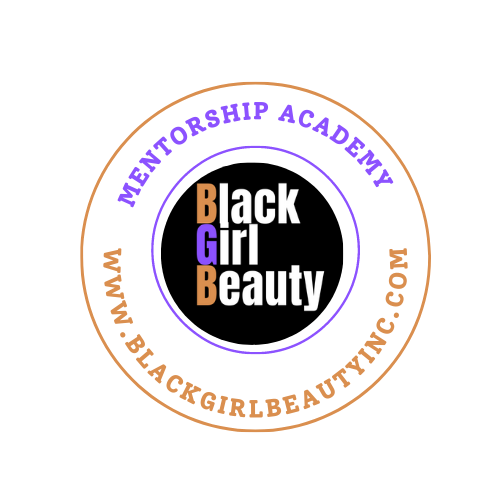